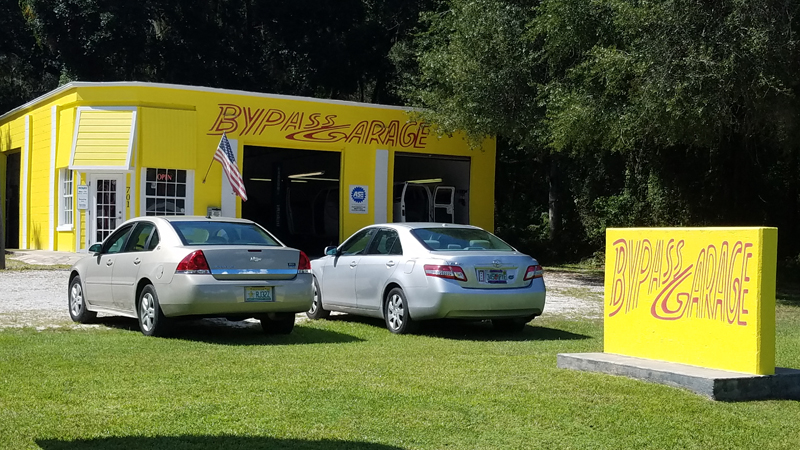 Bypass Garage was started by John O’Donnell and Alan Halladay in January 1982.  Both O’Donnell and Halladay were technicians at Register Chevrolet in Brooksville, Florida.  O’Donnell had previously owned a few shops in the past before Halladay pitched the idea to start their own business together as partners.

The two went to look at a shop for rent on the truck bypass in Brooksville, Florida.  They both decided to make a leap of faith…but there was only one problem, they were both broke.  Terry Halladay, (Alan’s wife) had twelve dollars in her purse that they used as a down payment to the landlord to secure the location.  They borrowed money from family and friends to get started and the rest is history!  The Bypass Garage became a dream manifested reality!

In 1983 the Bypass Garage incorporated and became a trusted place to go if you needed car repairs.  After eleven years, Halladay bought out his partner’s interest in the business by the end of 1992.

Bypass Garage purchased the property where they are located today (701 Ponce de Leon Blvd. aka US 98) in Brooksville in 2008.

Specializing in American and Asian gas vehicles, they are here eager to serve the Brooksville area with all their automotive needs.